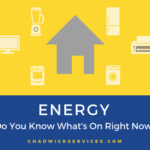 Energy: Do You Know What’s On Right Now?

Written by WebAdmin on March 5, 2018. Posted in Appliances, Electrical, Home

Have you ever thought about how much energy your home’s devices use? Unfortunately, it’s probably more than you think. The reason for that is that so many of them are now using constant energy. While this makes life more convenient, it’s good to know exactly where all of that energy use is coming from.

As Tatiana Schlossberg tells us in the New York Times article, “Just How Much Power Do Your Electronic Devices Use When They’re ‘Off?’, approximately 50 devices in your home will constantly consume energy, even when they’re off. Those devices can range from your cable box to your coffee machine. For more on those devices, read the full article here.

How is this affecting your home?

What does it mean that so many devices are actually on when they’re off? According to a 2015 report by the National Resources Defense Council, the energy costs from inactive devices can be as much as $165 per U.S. household annually. They’ve noticed an upward trend in the number of always-on devices a house has due to the digitization of even common appliances. That increase is due to the various “smart” devices that now connect to the internet, such as washers and dryers.

If you happen to have a smartphone or a laptop, chances are you have at least one device that is constantly drawing power. Unfortunately, not many of us stop at one device. We may have TVs connecting to the internet, Apple TV or some kind of streaming device, game consoles, even our routers are constantly using energy. In 2014, U.S. Americans used an average of 12,986 kilowatthours (kWh). Compare this to the 5,219 kWh that the United Kingdom used for that same year and you can see that we’re consuming a lot of energy.

What can you do to reduce your energy usage?

Luckily, there are things you can do to reduce the amount of power your appliances are using when they’re idle. There are five actionable steps you can take right now and in the future to cut down on your energy usage.

You can also go to www.UnplugStuff.com to see how much energy your home is using when it’s idle.

If you’d like to talk to a licensed electrician in Fort Collins or Windsor about making your home more energy efficient, call Chadwick Electric Services today! 970-457-4099 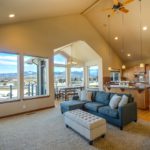 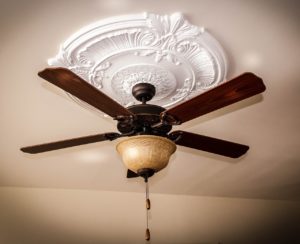